Crossfire at the club

We had six guys out at the club this week. Bruce out on a game of Lunar Wars for Richard, Terry and Chen. I'm not sure what point Bruce is making in this photo, but I suspect Chen is learning his lander will be late arriving because it stopped for an iced cappuccino. 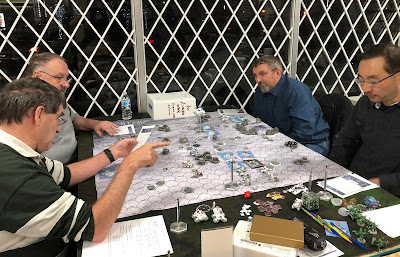 Mike brought out a 10mm game of Crossfire. Crossfire was one of the first games we played at the club 15 years ago. But some of Mike's terrain was so new that the glue hadn't dried!

The British had to occupy the crossroads at centre table while the Germans had to maintain LOS on it at the end of the game. Neither side could afford to lose more than 50% of their units and there was a count down clock to game end. 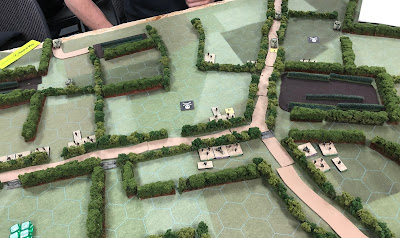 The hidden deployment was fun and forced a cautious advance. Eventually the two sides came to grips. Mortar fire stalled the British armour but the infantry were able to reorient to pin down a German unit. 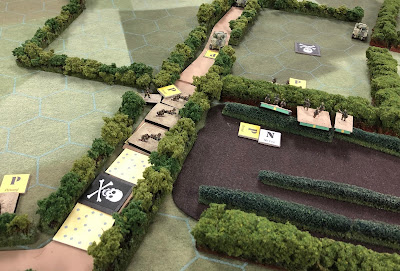 After deploying some PBI mine detectors, the Brits rolled up the right side of the board and outflanked the Germans for the win. 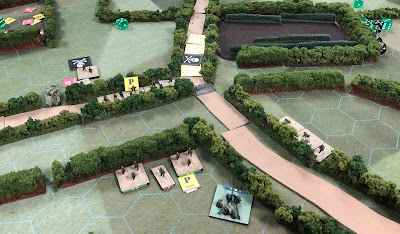 I had a really good time and would play again now that I have a better sense of the rules and could play a more aggressive defensive strategy.

Always love to see more Lunar Wars action, and great to see Crossfire on the table.