Bruce hauled out his lovely 15mm ACW figures and hosted a game of Longstreet on Tuesday night. 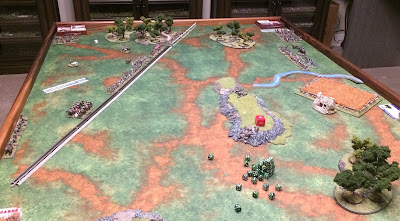 The south set up on the left (behind the rail embankment). The north set up on the right. Bruce overloaded his right flank (top of picture), the importance of which somehow escaped me as he was doing it. 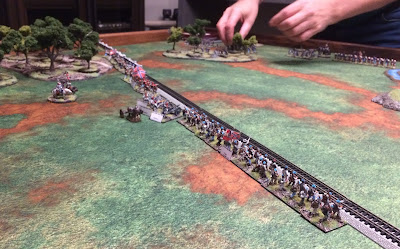 Forward came the northerns. Some died under bombardment by southern cannon but the rest lined up to charge. 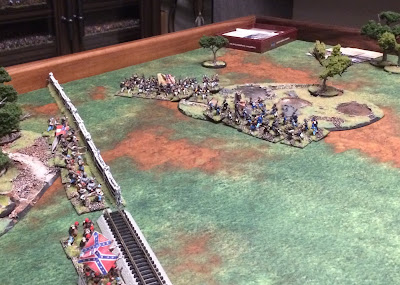 At the bottom of the table, the union and confederate cavalry feinted and basically rode around with only one short engagement (gloriously won by the south). 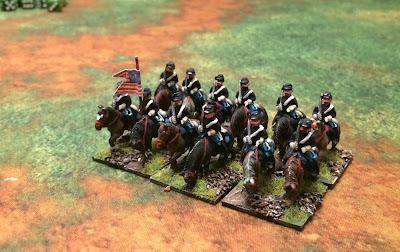 The northerners forced their way across the embankment and were in the process of rolling up my line. At this point, I was totally hosed. 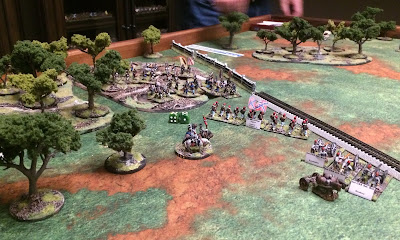 Fortunately, my reinforcements arrived at exactly the right time and in exactly the right location to make a game of this. I also got another of my units moving and putting a beating on one of Bruce's laggards. 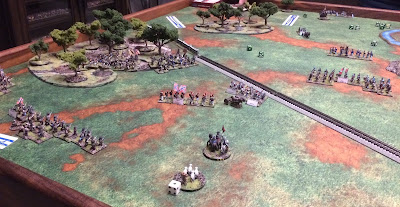 I failed a roll to win the game based on morale, then Bruce surged forward and pasted my reinforcement something terrible. Then he won the roll to win on morale and the confederates advanced towards the rear at double speed. 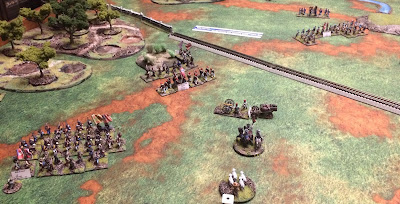 A fun game--nice mechanics with the cards. I'd like to play again now that I remember how to play! This week, though, I'll be hosting Bruce for some 54mm AWI (maybe Brandywine) on my new gaming table.
at 1:56 PM