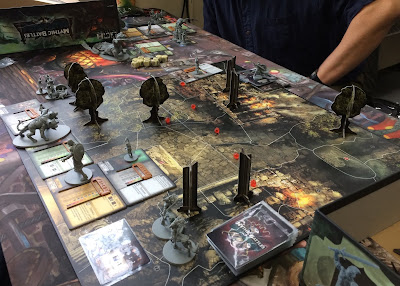 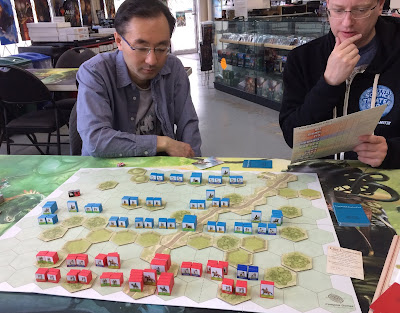 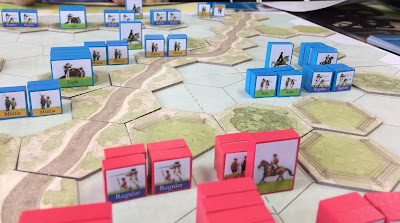 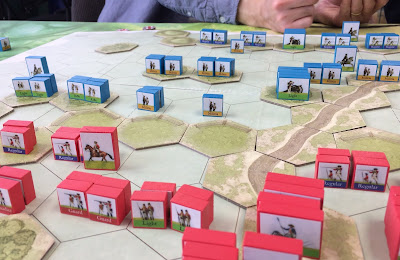 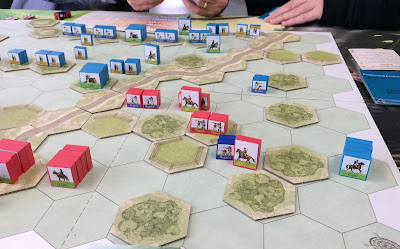 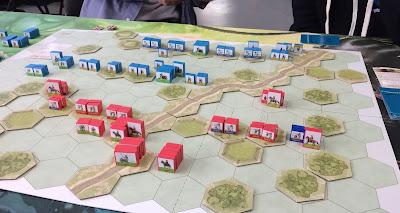 I think the final score was 10-6 for the Brits. This is a tough scenario for the US and the militia are ridiculously brittle. The tension is using them to attrit British units and then get them out of the way so the British can break themselves on the regulars on the final line.
at 5:00 AM