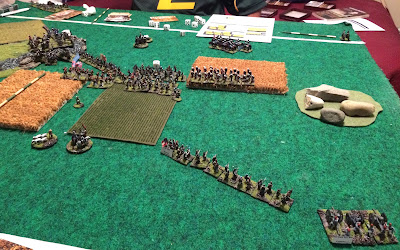 One of the nice pieces of the campaign system is that it is simple and keeps the games balanced. It is interesting but not so interesting as to over-shadow the miniatures game. I look forward to my war-weary foot and blood thirsty cavalry giving Bruce's northerns a right thrashing on Monday!
at 5:00 AM